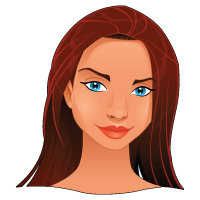 I have always been someone who loves looking young, which is probably one of the reasons that old age was so hard on me. I realized that I was having all kinds of problems with other people's perception of my age, and it was difficult. In order to turn the tables in my favor, I decided to visit a cosmetic surgeon for a consultation. It was incredible to talk with the surgeon and see what he said, and he had all kinds of great ideas for improving my appearance. This blog is all about choosing cosmetic procedures that will make you look incredible.

Are you looking to improve some cosmetic problems …

Are you ready to try Botox for the first time? If …

Considering Filler For Aging And Wrinkles? Don't Just Stop Aging But Prevent It Too
19 October 2022

The signs of aging can make you start to feel self …

Are laser hair treatments the answer to your weddi …

If you're in your twenties, thirties, or forties and have begun to notice lines settling into your face, you may wonder if there's anything more powerful than facial cream you can use to slow the aging process. But how young is too young for dermal fillers or other injectables like Botox? Will using these injectables at a younger age reduce your need to use them when you get older? Read on to learn more about the benefits that can be realized from these treatments at any age.

Dermal fillers like collagen, hyaluronic acid, and other skin-plumping substances have long been used to combat the loss of facial and lip volume that comes with age. But in recent years, the rise of the "selfie" generation and the increased focus on youthful features like high cheekbones and unlined skin has also led to a rise in the use of dermal fillers for younger people in their late teens and early twenties.

However, many cosmetic surgeons warn against starting "too young," cautioning users that they may not ever be able to revert to their natural look if they've been seeing an augmented version of themselves for years. And when you have procedures done on a regular basis for years, there's a higher risk of a single procedure going wrong and potentially causing problems down the line. Because dermal fillers usually only last for up to six months, those who want to maintain their augmented appearance will usually need to visit the dermatologist twice a year.

On the other hand, the use of fillers like collagen has actually been shown to stimulate natural collagen production, which can mean that a few well-done injections in one's twenties can extend the amount of time needed before a subsequent procedure.

Another popular type of cosmetic injection is Botox, which paralyzes certain facial nerves to reduce the look of (and formation of new) wrinkles. Like dermal fillers, Botox is temporary and needs to be repeated about once every six months to maintain the maximum effect, but it can be a great alternative to more intensive anti-wrinkle therapies for those who are just starting to notice fine lines and wrinkles.

Unlike dermal fillers, which can subtly change the whole look and shape of one's face, Botox doesn't do much to augment one's appearance other than by reducing wrinkles. And because Botox can prevent the creation of new wrinkles, starting a Botox regimen at a relatively young age can slow the development of wrinkles in one's forties and fifties.

For more information about cosmetic injections, contact a professional.